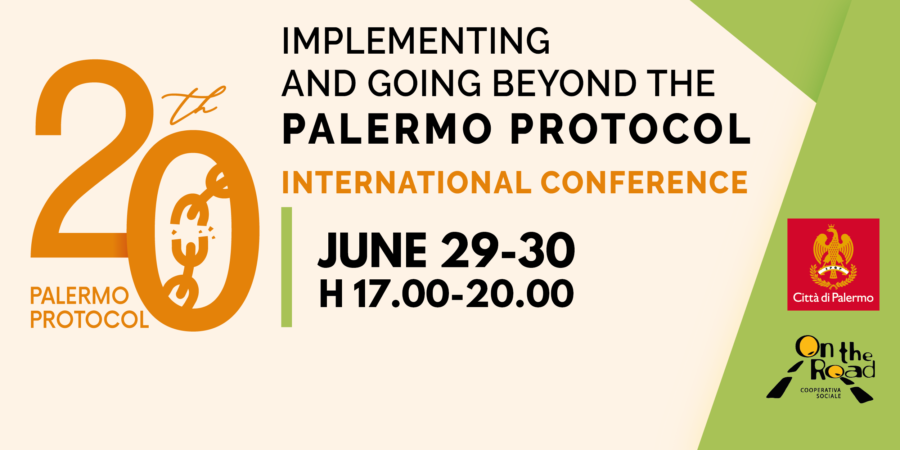 This year marks the 20th anniversary of the Protocol to Prevent, Suppress and Punish Trafficking in Persons, especially Women and Children (Palermo Protocol). The Protocol was the first international agreement on trafficking in persons, which signed a fundamental shift in the international approach to the exploitation of individuals for private profit. The Protocol was also the first international treaty to provide a broad definition of trafficking, to recognize multiple facets of trafficking and to promote the full respect of the victims’ human rights. Despite the adoption of the Protocol, human trafficking remains a widespread human rights violation of a massive dimension, involving more than 20 million people worldwide, of which only a few hundreds are recognized as victims and supported in their process of social inclusion. The persistence of this violation reveals the existence of shortcomings and inconsistencies in the international legal framework and that a human rights-based approach to trafficking is not yet fully promoted.

As a last event before the end of her six-year tenure and in conjuction with the 20th anniversary of the Palermo Protocol, the Special Rapporteur on trafficking in persons, especially women and children, Ms. Maria Grazia Giammarinaro, in cooperation with On the Road, would like to convene a webinar to promote an open and frank debate involving Civil Society Organisations and Academia on the implementation of the Palermo protocol.

The Special Rapporteur and the panelists will discuss about these issues:

How to go beyond the Palermo Protocol, to promote a genuinely human rights-based approach, prevent trafficking and protect vulnerable persons from exploitation, including migrants made even more vulnerable as a consequence of restrictive migration policies, adopted by the majority of governments worldwide?

How to make it clear that trafficked and exploited persons, especially women and girls who are the vast majority of persons concerned, are vulnerable and simultaneously capable of making decisions about their destiny? How to design and implement non-paternalistic policies, based on the respect of their agency?

Is it possible to re-orient the implementation of the Palermo Protocol and national legislation in a way which is consistent with a human rights-based approach?

What are the innovative pathways opened by good practices, especially those put in place by civil society organizations, by international Courts case law, and regional instruments such as the Council of Europe Convention on combatting trafficking?

The choice of Palermo – where the seminar should have taken place in presence – is due not only to the fact that the Protocol was adopted in Palermo 20 years ago, but also to the fact that the city has become a symbol of acceptance and valorization of diversities linked with migration.

The Webinar will be opened by welcoming remarks of the Mayor Leoluca Orlando, the President of On the Road Vincenzo Castelli, and Prof. Vincenzo Militello from the University of Palermo.

The webinar will be in English.
Participation is free of charge, for organizational reasons, online registration is required. Limited places.

On the Road partner the EU-funded project “Life Beyond the Shelter”: support to VoTs in the delicate transition from shelter life to independence

Materials of the International Conference on Human Trafficking (Rome, 29-30 January 2018)