Home » The story of Blessing, an happy ending story 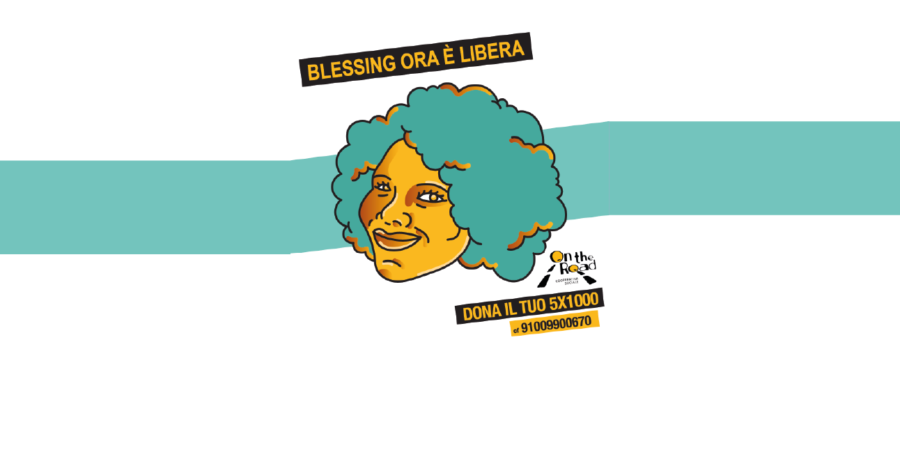 We met Blessing along the Bonifica del Tronto area.
She was prostituting herself, along with many other girls we meet every day during our fieldwork.

Blessing didn’t trust us at first. She didn’t trust anyone. We left her our card and after a few days, she called us to ask if we could take her to the doctor. We accompanied her several times, and slowly she began to open up and tell us something about her. We waited without forcing her, and finally, one day, she told us her story.

The story of Blessing begins in Nigeria, where she lived in a small village with her very poor family.
One day one of their acquaintance who had been in Europe and had made a “lot of money”, asked Blessing to go to Italy. In Italy she would work as a waitress in a hotel and could send the money home for her brothers and sisters studies.

She decided to accept and, when the departure was imminent, the woman told her of a debt that she would have to pay back for the work and for the organization of the trip. The woman also said that a few months of work would be enough to repay her.

Blessing underwent a religious ritual to ward off bad omens from the dangerous journey and to ask for the protection of benign spirits. During this ritual she promised to pay the debt and not to betray the trust of those who were helping her.

If she had broken her oath of silence and loyalty, she and her family would have paid the consequences.

The journey to Europe was very long, and Blessing immediately understood that things were not as they had been told, but it was too late to come back. She was moved from one house to another, not knowing where she was and how much time she had to stay in each place. She was sexually assaulted and beaten by her travel companions and she was kidnapped for months in Libyan “reception centres”, which were brothels where she and many other girls were sold into slavery, and where other boys were tortured to ask the families for a ransom. After a few weeks of brutality and violence, without any chance of being helped, Blessing had no longer the strength to react, she could only obey the orders given.

Blessing arrived in Sicily after a terrible and dangerous sea trip. She was housed in a shelter where no one understood her situation. Shortly after she was contacted by a Nigerian woman and she was taken to Region Abruzzo. There, she discovered the truth: every day she would have prostitute herself along the Bonifica del Tronto and bring the proceeds of the day to her Madam (so she called the woman who controlled her).

She was trapped, but she lived in the illusion that once she paid off the debt, they would leave her alone.

The workers of On the Road – together with the Nigerian mediators who work on our projects – explained to her well what to do now, what her rights were and what possibilities were offered to her. She could have escaped from the organization that was exploiting her and she would have been welcomed into a safe house, as long as she ended all relations with that world, for her safety and for the safety of the other girls in the house.

Blessing thought at length about the chance that had been offered to her and what it meant. Her family would be threatened, maybe beaten, and she couldn’t have easily returned to Nigeria.

But she made the decision to enter to a protection program and start a new life.
This new life was made of daily commitments, Italian courses and workshops. She started again planning her future. She also decided to denounce her exploiters, despite the risks that this entails, but her new condition gave her the strength to fight and to help other girls as well.

After the end of the program Blessing used the new skills acquired during a vocational training course and found a job in a tailoring, managing to be autonomous and also to send money to his family.

Blessing is free now.
She’s married, she got a kid, and she’s living her life as a citizen, as a worker and as a free person. 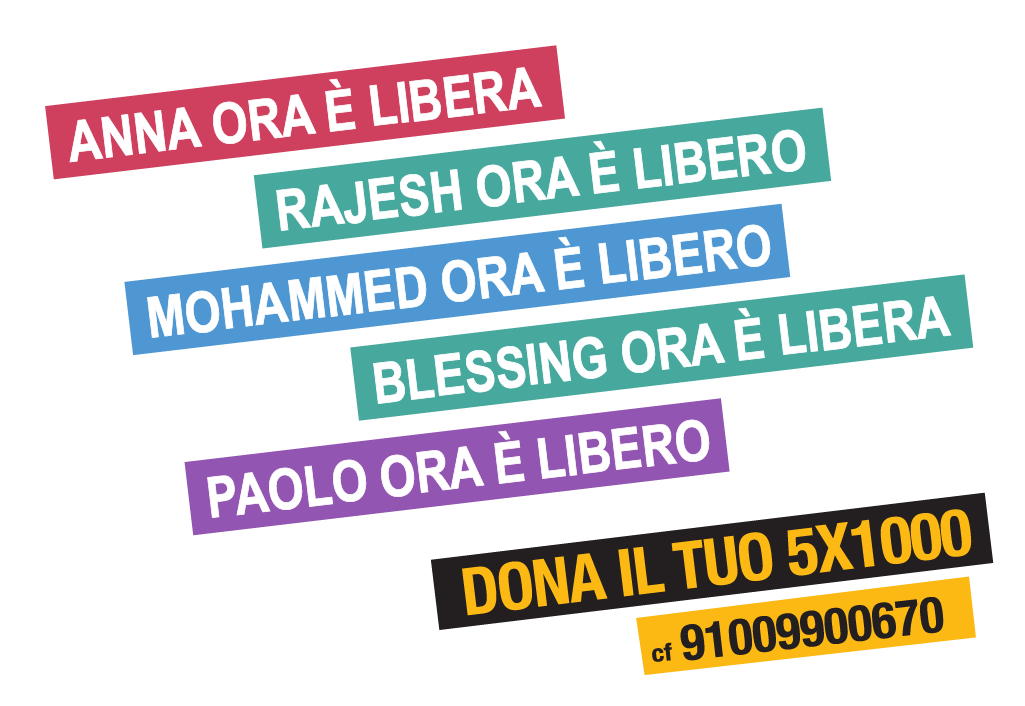 It’s also thanks to your help that girls like Blessing can escape the exploitation networks, regaining their confidence and taking back their lives.

It is also thanks to your help that we are able to give the victims of trafficking the tools they need to find a way out.

Credits: frame from the video “Trafficked for sexual exploitation” created with the contribution of the US Embassy in Rome

VIDEO “Prostitutes in Italy: how the trafficking of women into prostitution works” by Saverio Tommasi